People from all over the world flock to Mcleodganj to receive blessings and teachings from His Holiness the Dalai Lama. Western and Indian tourists and scholars come here to see the rebirth of an ancient and fascinating civilization. The high altitude and cool weather contribute physically to the re-creation of the original Tibetan environment. Dharamsala pulsates with the sights and sounds of old Tibet. Though certainly more modern, life is basically Tibetan in character. Shops strung out along the narrow streets of Mcleodganj sell traditional Tibetan arts and handicrafts and the aroma of Tibetan dishes lingers in the air.

The residence of His Holiness The Dalai Lama of Tibet, the 14th Dalai Lama, Tenzin Gyatsho, in 1959. In 1960, he was allowed to make McLeod Ganj his headquarters. After his arrival, trade, commerce and tourism picked up afresh. Because with the Dalai Lama came thousands of Tibetan refugees, who gradually settled in McLeod Ganj. During the last three decades, The Tibetans have built many religious, educational and cultural institutions in and around McLeod Ganj, which has helped in preservation of their culture. This has been a keen area of interest for the people around the world and as a result they flock at Dharamsala at various times.

McLeodganj is Dharamsala’s tourist town. This is the seat of His Holiness The “Dalai Lama”. The Namgyal monastery is based here and there is a large Tibetan community. McLeodganj also retains a British colonial flavor that dates back to the 19th Century. Due to it’s vast population of Tibetans and Tibet culture, it’s also called and known as “The Little Lhasa“. The colorful temple and Gompas, which reflect the culture of Tibet, adds attraction for the visitor. The Kangra museum gives an overview of the rich past of the region and on the other hand there are institutes that have been established to preserve the Tibetan art, cultures and traditions. 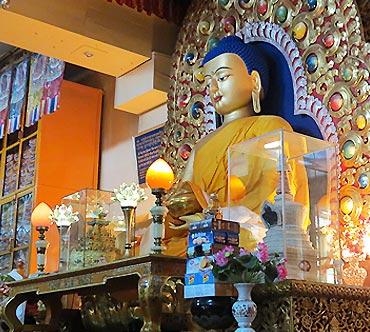 THE TOWN OF MONKS

Mcleodganj is syonymus to the vast Tibetan settlement after the India govt. granted ayslum to the Tibetans in 1960. Since then the Tibetans, Locals and Foreigners live here in harmony, peace with vivid cultures & traditions. Dharamsala has many Tibetan monuments & monasteries around. Dharamsala is blessed with it's naural villages that has kept the traditions & it's flora alive. Bhagsu & Dharamkot is a tourist twin village set in the base of the mighty Dhauladhar mountain ranges. We are situated in Bhagsu, known for it's beauty, ancient Siva temple & natural waterfall that is fed from a glacier. 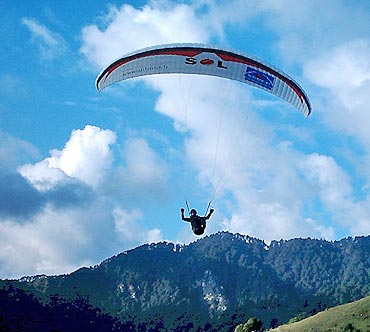